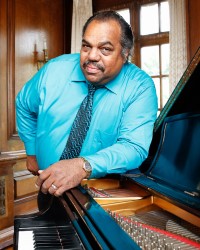 When Jose Andres, chef, humanitarian, and founder of World Central Kitchen, was the featured speaker at the Cathedral’s Honest to God series last spring, he shared that his mother’s philosophy of hospitality had inspired his own mission statement: “Let’s build longer tables not higher walls." In the Andres home, no one was denied a seat at the dinner table—a table that got miraculously longer every night!

This November, in the spirit of the Andres tradition, Vicar Dana will be host three dinner and discussion evenings for congregation members and their guests. All will be welcome, not only to dine but to engage in hard, heartfelt conversations about difficult topics. Religion, racism, politics—everything will be on the table. Vicar Dana hopes to create a protected space in which we can see the gifts in others, recognize the value in their stories, and do our part to heal our nation’s spirit. And all in time for your Thanksgiving holiday with those difficult family members whom you don’t want to be seated next to at dinner!

Daryl Davis is one of the most unique race relations experts and activists today. Daryl became the first Black author to travel the country interviewing KKK leaders and members, all detailed in his book, Klan-Destine Relationships, the first book written by a Black author interviewing KKK members, which won Daryl acclaim from many respected sources including, CNN, CNBC, Good Morning America, The Learning Channel, National Public Radio, The Washington Post, The Washington Times, and The Baltimore Sun. A recent documentary entitled Accidental Courtesy tells the story of Daryl and his work in race relations. His new book, The Klan Whisperer, is due out in late 2021.

In addition to his work as author and lecturer, Daryl is also a musician and actor. He earned his Bachelor of Music Degree from Howard University and is an accomplished Blues, Rock 'n' Roll, Country, and Jazz musician, performing and touring regularly with his own Daryl Davis Band. He has worked extensively with The Legendary Blues Band and Chuck Berry, Elvis Presley’s Jordanaires, Percy Sledge, and Sam Moore, among others. As an actor, Daryl has appeared in the critically acclaimed television show The Wire and a number of stage plays and movie roles.