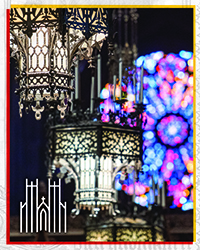 Join us as we journey toward Christ’s crucifixion and resurrection alongside two of Paris’s greatest twentieth-century composers. Immerse yourself in the passion and inspiration of Francis Poulenc’s penitential motets and the orchestral technicolor of his Tenebrae responsories; revel in Maurice Duruflé’s explorations of Gregorian chant; and culminate in the latter’s famous, breathtaking Requiem.

Tickets start at $20. We offer a 10% discount for educators, healthcare workers, veterans, and active military.